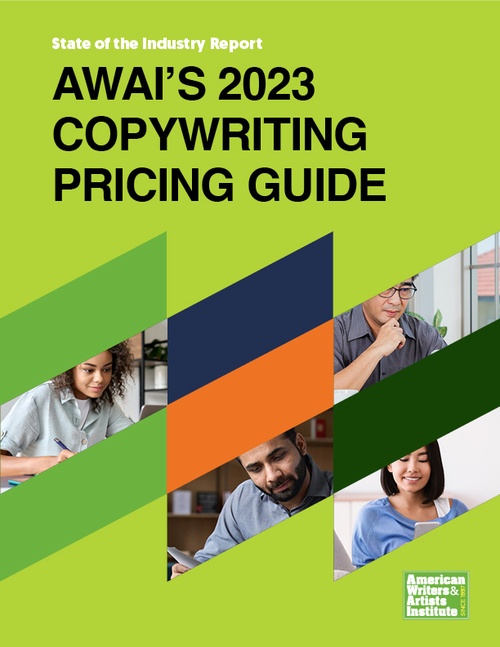 <p>This article appears courtesy of American Writers &amp; Artists Inc.&rsquo;s (AWAI) <em>The Writer&rsquo;s Life</em>, a <a href=”http://www.awaionline.com/signup/the-writers-life/“>free newsletter</a> that gives you opportunities that enable you to live life on your own terms. Whether you&rsquo;re looking for a new career, looking to make some extra money on the side, or looking for an easy work-at-home career, there is an opportunity at AWAI that&rsquo;s right for you. For a complimentary subscription, visit http://www.awaionline.com/signup/the-writers

By looking at the dish above, you would not know that there was a potato in it at all. It’s a simple dish. A baked potato cut in half sprinkled with sauteed broccoli in coconut oil with just a sprinkle of cheese for flavor and a touch of pink salt.

When I was learning how to cook, I would constantly look for recipes that were complicated and took long hours to make. I wanted to become a really good cook.

A common vegetable like the potato was not a choice for my cooking adventures. Yet, the potato and in this case the white or yellow varieties like the Russet and Yukon Gold are not boring. They really make a difference to your health when cooked properly. Both varieties can usually be found at your local supermarket.

Now when I look at cooking shows and read recipes, I wonder how much of the dish will impact my health? In other words how much of the nutritional value in the ingredients used will be cooked out? I try to find recipes that the home cook can recreate without a hassle. The items to the recipe should be easily found at your local supermarket. No reason for me to travel 30 miles for truffle oil. Extremely pricey as well.

I love the creativity that chefs bring. Really I do. It’s amazing to see foods transformed into pastries, foams, breads, cakes, souffles,  braised and grilled meats and so the list goes on. The oohh and aaah of it all.

Yet, there should be a balance in everything. Especially the foods we eat.

Our day to day eating should be of foods left in their original state as much as possible. This is nothing new, just a reminder post for all you readers.

With more and more of foods being packaged in carton boxes and plastic, there needs to be a reverse in this trend not an increase. The result of food being prepared in this way causes an ever increasing market for vitamins, supplements, as well as the newest spice in pill form to cure our cancers.

So let’s take a look at the humble potato. Taking a closer look at one food item at a time can lead to better choices when you eat.  Let’s begin if you have not already with the potato. Or maybe, you haven’t eaten a potato in long time just because.

In the book “The Doctors Book of Food Remedies,” by Selene Yeager and the Editors of Prevention Health Books, copyright 1998 by Rodale Inc., various authorities on the potato note on pages 439 – 440, state: The potato can be healing as the peel has in it an anticarcinogenic acid. A baked 7 ounce potato with the skin on can give you almost a third of your potassium intake for the day. That same 7 ounce potato also contains about 45 percent of your daily need of vitamin C. end citation.

See what that humble potato can do for you?  The potato is overlooked most of the time as a very nutritious food selection.

Vegetables prepared as close as possible in their natural state are better for you. Baking a potato is better than boiling it. Why? Because most of the nutrients float out into the boiling water. Those nutrients should be in your body instead. And certainly we should stay away from frying potatos. Although, I’ve been guilty in that area about once or twice a year.

So go out and buy a bunch of potatoes. Find a way to put them back into your meal planning. You can bake about 4-6 or more on the weekends and simply reheat during the week for a filling, nutritious breakfast, lunch, dinner or even a snack.

Below is a list of different ways potatoes are prepared. If you have a new recipe or way you eat potatoes in your culture or country, I’ll like to know what it is. Send me a post.

However tempting as all of these ways are, always remember that the best way to have a potato is a baked potato. Hold the butter and drizzle with a little olive oil and natural salt instead. A little apple cider vinegar or squeeze of a lemon adds a nice tang to your tastebuds as well.

Cheers to the humble potato. You’ve been underground for far too long.